10,000 people at risk of death or serious injury due to domestic violence

Police assessments obtained by the Guardian show that over 10,000 women and children are at high risk of being murdered or seriously injured by current or former partners. 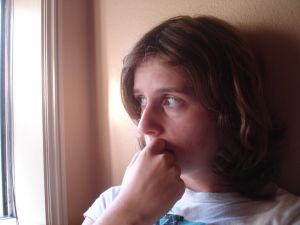 Data from 34 out of the 44 police forces in England, Wales and Scotland reveals that at least 10,952 individuals, most of whom are women, are at a high risk of violent death in the home or of suffering serious violence, in the year to November.

The figures obtained are likely to be an underestimate as domestic violence is heavily under-reported and polices differ in their collection collation of information. Nonetheless the snapshot the Guardian obtained reveals the threat of domestic violence for thousands of women and children.

There are concerns that too many mistakes are made by police when dealing with victims at the highest risk, leaving them vulnerable to being killed and leave extremely dangerous perpetrators at large.

Police officers make assessment of the risk to victims when they attend domestic violence incidents. Most forces have adopted what is seen as a national risk protocol DASH – domestic abuse, stalking, honour-based violence – however some still use their own assessment.

A spokesman for the Met said: “Risk is assessed dynamically and will fluctuate during an investigation. If, for example, a victim is placed in a refuge far from the perpetrator who has no means of determining her whereabouts the risk may be lowered. Risk can of course be raised during investigations if additional evidence comes to light.”

Assistant chief constable Louisa Rolfe, spokeswoman for the Association of Chief Police Officers on domestic violence, said understanding risk was critical for officers seeking to protect domestic abuse victims. “While forces may capture this information in different ways I am working with forces and the College of Policing to ensure a consistent and positive police response for every victim, focused upon ensuring their safety,”