The drug industry has made a deal with the department of health to keep the bill for more expensive branded medicines flat for two years.

The government has agreed a deal with the pharmaceutical industry to cap the NHS drugs bill at about £12bn, with companies paying the excess if doctors prescribe medicine that goes over that limit. 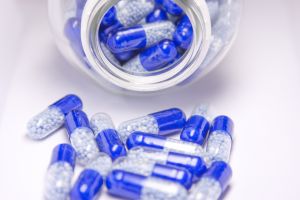 Negotiations have been taking place for over 18 months and the Department of Health have announced a deal that will keep the bill for more expensive branded medicines flat for two years, and then will allow a gradual rise of less than 2% for the next three, reports the Guardian.

Total cost of medicines will be around £14bn as the deal does not include the cost of generics, which are drugs that are out of patent and made very cheaply.

This means that patients will not be denied drugs that have a high price tag, as the industry as a whole will refund the NHS for any spending over the cap.

“This agreement ensures NHS patients will receive the best and most advanced medicines in the world while managing the cost,” said the health secretary, Jeremy Hunt. “UK pharmaceutical companies have responded to the challenges we face as a country, both in terms of the increased demand for medicines and pressure on public spending. I hope in return we have given them the certainty and backing they need to flourish as a sector both here and in the global market.”

The National Institute for Health and Care Excellence will continue to recommend what the NHS should pay for any drug it approves, however the negotiation on price will be between the company and the government,

The Association of the British Pharmaceutical Industry president Deepak Khanna said that the negotions had been “the most complex negotiations we have ever had with government and it should not be underestimated how difficult this will be for the industry. The negotiations were built on a myth that medicines are expensive in the UK, which is not true. The UK already spends amongst the lowest on medicines as a percentage of GDP and has some of the lowest prices in Europe, yet UK patients still do not always get access to the most innovative medicines. In 2011, the overall spend on medicines represented less than 10% of total UK-wide NHS expenditure. We need to continue to invest in the industry if we want to make sure that patients benefit from innovation. The commercial environment in the UK has an impact on its attractiveness for research and development investment and it’s too early to say what impact this settlement will have on industry investment.”

Chief executive Stephen Whitehead said: “Whilst the deal allows us to move forward and focus on the key issue of ensuring NHS patients get access to the medicines they need, the government needs to recognise that medicines are an investment in patient care and not just a cost to be managed. We have agreed to play our part, recognising the financial challenges facing the NHS. We now need the government and the NHS to respond positively to this unique opportunity to demonstrate their active commitment to improving patients’ access to the latest medicines. We have five years to fix the access problem so that NHS patients get the best quality healthcare they deserve and to address the long history of low patient usage of innovative medicines in the UK.”