A housing association is creating a home swap app

In a bid to help tenants find more suitable homes, one social landlord is creating an app to support them.

Viridian Housing Association is in the process of building a prototype phone app which will allow tenants to downsize or upsize their homes by looking at other households in the same area they’re looking to move to, reports Inside Housing. 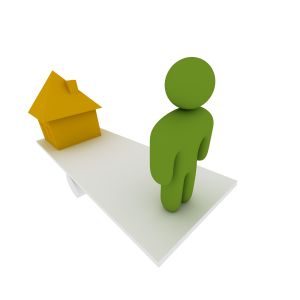 The app, called Move Maker, is set to be in competition with web-based sites such as HomeSwapper and aims to replicate the interface of the social platform Tinder. This means users will simply swipe right or left on properties they either like or dislike.

If two tenants both swipe right then a match will be achieved.

Ed Wallace, research and innovation manager at Viridian, said the idea of ‘housing Tinder’ was initially tabled as a joke, but then gained traction.

“We recognise we have a good idea. By working with customers it has become clear that the current options on the market are not very good or meeting demand.”

Mr Wallace said there are around 500,000 households over-occupying their homes, and another 400,000 under-occupying. He argued the app could reduce rent arrears for landlords.

The app has reached the finals of an £40,000 open data innovation competition run by innovation charity Nesta. Regardless of whether it wins, the 16,000-home association plans to roll it out to other landlords.

Mr Wallace said the organisation has already been in talks with the Greater London Authority and the National Housing Federation about Move Maker’s potential.