A report has warned that there is no way of assessing the impact of social care cuts on older people with vulnerabilities.

A new report has found that 250,000 older people have lost their state-funded help with carrying out everyday activities like, bathing, dressing and eating. The cuts have been constantly reduced over the past four years due to council budgets being dramatically condensed. 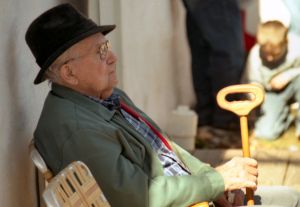 The authors of the report have warned that the NHS and government are currently “flying blind” in the planning of services for older people with vulnerabilities as there is no way of assessing the real impact the social care cuts are having on their lives, reports the Guardian.

The report has been commissioned by the Nuffield Trust and Health Foundation thinktanks and says that four years’ worth of cuts to local authorities funding have meant that many councils have to ration their social care services tightly.

Older people receiving “meals on wheels” services has dropped by over half and care services carried out in the home or at day centres have been cut by a fifth in the last four years.

The analysis of the impact of the reduced budgets has estimated that whilst a third of women over the age of 65 and a fifth of men of the same age need social care help with a range of basic daily activities, they were unable to get it and in turn place a huge pressure on family and friends carers, which led to unnecessary hospital admissions.

Those still receiving publically-funded care could also have been receiving poorer services due to fees to care providers being reduced, meaning staff shortages, high staff turnover or reduced contact hours.

Holly Holder, a co-author of the report at the Nuffield Trust, said: “Our analysis paints a picture of increased rationing of social care by hard-pressed local authorities in response to deep cuts from central government, despite the growing numbers of older people in the population. It is highly likely that this is having a negative effect on older people’s health and wellbeing and that of their carers, but without adequate data to assess this impact, the NHS and government are flying blind when it comes to managing demand and planning for the future.”

In a separate analysis by Care and Support Alliance, a group of 70 charites, published at the same time, they claim that thousand more older people, alongside those who are chronically ill or disabled could lose out on publicly-funded social care under a new national eligibility regulations which are expected to be introduced in May.

Richard Hawkes, chair of the Care and Support Alliance, said: “These findings are incredibly worrying for older and disabled people and their families. We’re extremely worried that hundreds of thousands of people who need care to get around the house, to communicate with family, friends or colleagues or to play a part in their community won’t get it.”

Care and support minister, Norman Lamb, has said: “With an ageing population, we need to focus on helping people to live independently and prevent them from needing more support. That’s why we’re creating a £3.8bn fund to join up NHS and social care services, saving money and providing better care for people.”

Shadow health secretary Andy Burnham warned that the social care system was close to collapse: “On David Cameron’s watch, hundreds of thousands of people have lost support in the home. Millions more have seen care charges spiral upwards and now struggle to pay for the support they need. Since the election, ministers have taken almost £2 bn out of budgets for adult social care.”

A spokesman for the Local Government Association has said: “Caring for older people is one of the most important things councils do, and local authorities have worked tirelessly to protect adult social care from cuts. But we cannot escape the fact that the money councils receive from government to pay for local services will have fallen by 40% by the end of this parliament.”