Age UK have conducted a study which challenges the stereotypes facing older workers.

Essex Business School from the University of Essex carried out research on behalf of Age UK to investigate the evidence behind common perceptions of older workers.

The review found that while evidence presented a decline in some physical attributes of some workers, there was little sign of a decline in overall productivity due to older workers compensating with skills and experience. 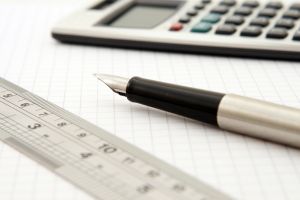 The report states that ‘while bottom line speed may deteriorate, overall efficacy offsets any impact to productivity. It has been reported that there is evidence to suggest that while younger people might be typically faster at carrying out repetitive tasks.

‘In comparison, older people are often faster at carrying out complex tasks that allow them to draw on their contextual knowledge and years of work experience.’

Dr Kathleen Riach, Reader in Management at Essex Business School who carried out the study said, ‘Our review found that stereotyped perceptions about older workers don’t stand up to scrutiny.

‘Our work indicates that age doesn’t determine a person’s commitment and productivity levels at work. Other socioeconomic and psychological factors are much better indicators of the way older people behave.’

It was also highlighted that older works took fewer short-term absences than younger workers. However when absent on sick leave it was for longer, yet older workers were less likely to have fewer accidents at work, but more serious.

Michelle Mitchell, Charity Director General of Age UK said,
‘This shows that the time has come for employers and recruiters to shed their inaccurate and damaging perceptions of older workers. Too often older workers are written off as a burden when in fact their commitment, productivity, skills and expertise make them an invaluable boon to business and the UK economy.

‘Nearly half of all unemployed older workers have been out of work for more than a year. It’s time the UK finally appreciated the value of this untapped potential.’