A bionic hand allowing amputees to feel lifelike sensations in their fingers has been created by scientists.

Dennis Aabo, a Danish man, lost his left hand in a firework accident almost a decade ago and has recently received surgery connecting the nerves in his upper arm to a bionic hand.

Mr Aabo said that the hand was “amazing”. In the laboratory tests he was able to tell the shape and stiffness of objects he picked up, even when blindfolded, reports the BBC. 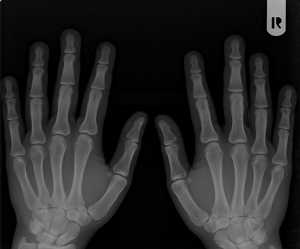 Robotic experts from Italy, Switzerland and Germany were part of an international team carrying out the project. “It is the first time that an amputee has had real-time touch sensation from a prosthetic device” said Prof Silvestro Micera from the Ecole Polytechnique Federale de Lausanne and Scuola Superiore Sant’Anna, Pisa.

Micera and his team added sensors to the artificial hand which were able to detect and measure information about touch. Through computer algorithms they were able to transform electrical signals emitted into an impulse that sensory nerves could interpret.

During an operation in Rome, four electrodes were implanted onto nerves in the patient’s upper arm. These were connected to the artificial sensors in the fingers of the prosthetic hand which allowed touch and pressure feedback to be sent directly to the brain.

Mr Aabo said: “The biggest difference was when I grabbed something I could feel what I was doing without having to look. I could use the hand in the dark. It was intuitive to use, and incredible to be able to feel whether objects were soft or hard, square or round.”

Due to the bionic hand still being a prototype and because of safety restrictions imposed on clinical trials, Mr Aabo required a second operation to remove the sensors.

“He is a hero,” said Professor Paolo Rossini, neurologist, University Hospital Agostino Gemelli, Rome. “He gave a month of his life and had two operations to test this device. We are all very grateful to him.”

Whilst there is no precise timetable, scientists think it could be a decade before a sensory feedback bionic hand is commercially available.