At the start of this month it was announced that homelessness in Brighton and Hove has risen by a shocking 35% in the past two years. Council chiefs believe the issue is partly to do with the economic climate, but also fear that a steep rise in private rent could be to blame. 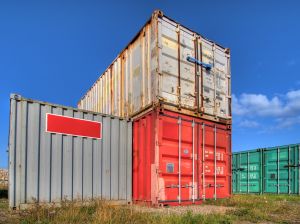 Brighton Housing Trust works, on the whole, in Brighton and Hove, Eastbourne and Hastings, with some additional services in Wealden and Lewes districts, as well as elsewhere in Sussex. Their mission is to combat homelessness, create opportunities and promote change.

The scheme will provide 36 studio units for men and women with a local connection to the city.

Shipping container homes have been used just a little in the UK – Container City and Forest YMCA in London are two examples – but have been more commonly used in Europe and the United States. Cityzen report that these containers are low-cost, strong, quick to assemble, transportable, and start to make use of the 300 million shipping containers sitting empty at ports around the world.

Andy Winter, chief executive of BHT, said: ‘There is an acute shortage of affordable accommodation in Brighton & Hove. The number of street homeless people in the city has increased from 37 in November 2011 to 50 in November 2013. However, there is a wide consensus that the actual figure is more likely to be between 70 and 100.’

The project has five years’ temporary planning permission, after which the land will be redeveloped and the containers moved to another vacant site.