Nursing Times campaign to protect staff who speak out about problems in the NHS.

Recent cases have highlighted a loophole in the liability of employers in protecting whistleblowers but the government have announced they will amend this.

Nursing Times is petitioning the Department of Health to improve protection for nurses that blow the whistle over patient safety concerns, as part of our new Speak Out Safely campaign. 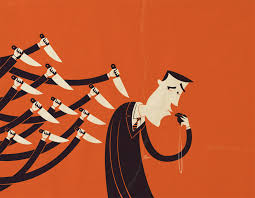 The “Protection for Whistleblowers” e-petition was launched on the government’s website yesterday, and is supported by many staff who have already suffered

It follows the report released by Robert Francis, who made numerous recommendations on the topic, following the errors found at Stafford Hospital.

The recommendations made in the report require:

The survey of more than 800 nurses revealed that many nurses complain of a bullying culture in the NHS, with staff scared they will be labelled as troublemakers if they highlight problems or concerns about patient care.

A nurse whose whistleblowing case exposed a major loophole in the law designed to protect staff who raise concerns has backed Nursing Times Speak Out Safely campaign.

Jennie Fecitt was one of three nurses who raised concerns about a colleague who had exaggerated his qualifications in discussions with staff at the NHS Manchester walk-in centre where they worked.

It sparked a four year dispute with their employer that ended in the three nurses being forced to pay £21,000 of NHS Manchester’s legal costs, despite writing to then health secretary Andrew Lansley asking him to intervene.

It’s a classic example of the bullying culture. It sends completely the wrong message.

On the one hand the Department of Health is saying you must allow staff to raise concerns about patient safety and they will not tolerate harassment of whistleblowers, yet [NHS Manchester] pursued us all the way to the Court of Appeal.

Ms Fecitt and her colleagues Annie Woodcock and Felicity Hughes faced daily personal insults and threats from colleagues after raising concerns in 2008. Hours dried up completely for regular bank nurse Ms Hughes, while the other two were transferred to different roles within NHS Manchester.

Last week the government announced it would be amending the law to close the loophole and make it clear that employers were liable for the bullying of whistleblowers by their employees.

Ms Fecitt welcomed the move but told Nursing Times much more needed to change to prevent victimisation of whistleblowers in the NHS, starting with a change in culture.