Campaigner says the reorganisation of rehabilitation will not cut reoffending

Clive Martin who campaigns for groups that supports offenders and their families say that the reorganisation of rehabilitation by the justice secretary will not cut reoffending.

The justice secretary, Chris Grayling, has announced big changes to the criminal justice system under the “transforming rehabilitation” agenda which plans to transfer the responsibility for the supervising of low and medium risk offenders from probation trusts to contracted-out providers. 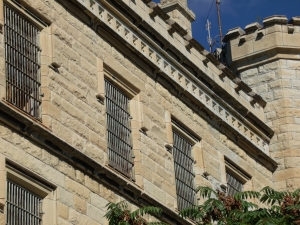 Director of the networking and advocacy charity Clinks, Clive Martin, is concerned about the sheer volume of change. “Over the next 12 to 18 months there will be new supervision arrangements for over 300,000 people,” he says, reports the Guardian.

Clink supports, represents and campaigns for voluntary and community groups that work with offenders and their families, and has around 600 members.

With statutory provision of twelve months’ post-prison supervision for all short-sentence prisoners, the introduction of payment by results for the CRCs and 70 resettlement prison these reforms are the most radical in recent criminal justice history.

In December a report by HM Inspectors of Prisons and Probations found that after nine years the efforts by the National Offender Management Service to stop prisoner reoffending are “not working”.

Martin says: “We are constantly fed the story of failure and of risk – what’s really inspiring is the story of people changing for the better and turning their lives around, of which we hear less and less. But that is the story that really makes communities safer.” He believe that rehabilitation is about giving people hope so that they can change alongside the tool with which to do so.

Of the governments’ new approach Martin says: “Unfortunately the stuff we welcomed early on relating to mentoring is in danger of being replaced by the concept of supervision – which is about holding someone to account, rather than helping them chart a course so they are able to rehabilitate themselves.”