Nearly half of charities say they are being forced to dip into reserves, with one in three say they fear being forced to cut services or jobs, according to the survey commissioned by the Charities Aid Foundation (CAF). 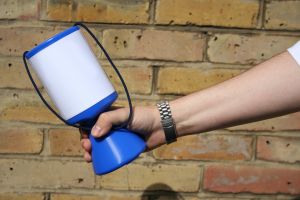 Nearly half of the executives surveyed said they were using reserves to cover income shortfalls in the past 12 months and more than a quarter said they had cut front-line services, with one in four making staff cuts.

The survey has found:

CAF has launched a new campaign last month with the NCVO called Back Britain’s Charities, to urge the government, businesses and individuals to get behind charities. So far, more than 1,300 organisations and individuals have signed up to the campaign.

CAF and the NCVO are calling for:

Times are tough and people have less money to donate to charities.  This combined with significant public spending cuts and increased demand for charity services, is having a shocking effect on many charities, calling into question their very viability.

Many organisations are having to dip into their reserves, cut vital frontline services and some are even concerned about whether they can survive in these toughest of times.

Charities of all sizes play an essential role in our society, providing social care and education as well as helping some of the most vulnerable people in our communities.  We all need to act now to support Britain’s charities so they can continue their vital work.

The minister for International Development, Lynne Featherstone, said that charities needed to be imaginative in seeking new sources of funding:

Charity is amazing but I think it also got too used to Government being the only funder. Organisations needed to be more “active” and look for “other funders to step in perhaps where Government couldn’t do everything.