Macmillan Cancer Support says that some patients who are deemed too old for treatment and are not assessed on their overall fitness are being written off. 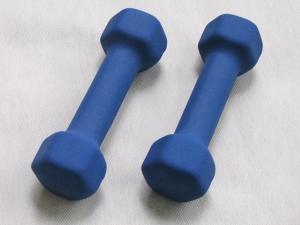 Leading charity Macmillan Cancer Support are warning that older cancer patients are being “written off” due to their age with some being deemed as too old for treatment and were not assessed on their overall fitness.

Joint research from the charity and the National Cancer Intelligence Network also found that tens of thousands of pensioners diagnosed with cancer have survived for at least a decade. The figures showed over 130,000 people in the UK have survived for at least ten years after being diagnosed with cancer at the age of 65 or above. The number includes over 8,000 patients who were diagnosed at the age of 80 and over, reports the Guardian.

Despite the large number of older people who are “long-term” survivors of the disease the charity said many patients in the UK are being denied treatment due to their age. Cancer survival rates in this age group are “poor”.

Macmillan have pointed out that survival rates in the UK compared badly with those on the continent and are warning that what it saw was a worrying trend in the way people were being treated,

“It’s wrong to write off older people as too old for treatment,” said Macmillan’s chief executive Ciaran Devane. “With a proper assessment and appropriate treatment, our research shows that many older cancer patients can live for a long time and can even be cured. While it’s good news that so many older people are benefiting from treatment, many thousands more could live longer if our survival rates for over-65s matched those in comparable countries. The barriers to getting treatment – which include age discrimination and inadequate assessment methods – must be tackled now so more older people can survive cancer and live for many years.”

NCIN’s clinical lead Dr Mick Peake added: “It is vital that all patients receive the best and most effective treatment based on the nature of their cancer and their fitness for treatment and that chronological age alone is not the deciding factor. We know that cancer survival rates in older patients in many other countries are better than in the UK and ensuring optimal treatment at all ages is the way of tackling this issue.”

Dr Mark Porter, chairman of council at the British Medical Association, said: “It is important that all healthcare professionals ensure that patients are treated on the basis of their clinical need. With an increasingly ageing population, it should be a key part of medical professionalism to guarantee that older patients are treated with the care and respect they deserve.”