Social housing tenants who are evicted from their home to due rent arrears are set to be hit by a 150% increase in court fees.

Currently the standard county court fee for a rent arrears possession case is £100, however from 22nd April; it will increase to £250, reports 24dash. 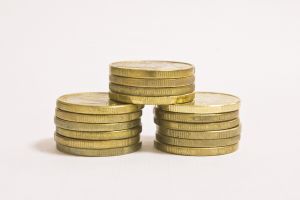 Initially the costs are met by the landlord, but are then included on top of the tenant’s rent arrears.

Bedroom tax campaigners are accusing the government of loading more  misery on to tenants hit by the under-occupancy policy.

According to Tessa Shepperson, author of the Landlord-Law Blog, the increases are quite large. She explains: “A standard eviction will go up from £175 to £280 and the PCOL (possession claims online service used for rent arrears evictions) will go up from £100 to £250. There will also be increases in the money claims fees and various other fees. The only fees which are not going up (so far as eviction proceedings are concerned) are the bailiff fees – this is because enforcement costs are going to be subject to a separate review. No doubt they will go up too, later. So if your solicitor tells you that the cost of evicting your tenant has gone up – it’s not because he is being greedy. It’s because the court fee has gone up. No doubt there will be a lot of pressure on the courts in the lead up to 22 April as people rush to issue their proceedings before the deadline.”

Commenting on the increase in court fees, Justice Minister Shailesh Vara said: “The courts play a crucial role in our society. That is why it is so important that they are properly funded. Last year, we published proposals for reform of court fees which aimed to do precisely that: to place Her Majesty’s Courts & Tribunals Service on a sound and sustainable financial footing. Many of the respondents to the consultation did not agree with our proposals for reform. But I am satisfied that we must press ahead. No one could seriously argue that it is right for the taxpayer to continue to subsidise those who use the courts, by underwriting, year after year, unplanned deficits in court income. We need to get on top of this problem once and for all.”