Criminals should no longer receive a second caution

New guidelines for police in England and Wales say that criminals should no longer receive a second caution if they are found to be committing the same or similar offence within two years.

The change relates to “simple cautions” given mainly for “low level” offences such as shoplifting and criminal damage. Ministers say that only two would be granted in “exceptional circumstances”. Police are able to use cautions instead of prosecuting if people admit offences. 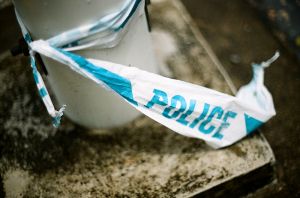 Concerns have been raised that cautions are being used to deal with repeat offenders and the government have pledged to clamp down on their over-use. A MoJ examination of the system has now concluded that all types of out of court disposals should be reviewed by next spring, reports the BBC.

The MoJ have said that overall the use of cautions issued to all ages of offenders fell from a peak of 362,900 in 2007 to 200,900 in 2012. However figures show that some 4,763 adults received two or more simple cautions in the two years to March 31st of this year for similar offences.

Justice Secretary Chris Grayling said: “The current range of out of court disposals are confusing and the system is overly bureaucratic. They should be consistent, straightforward and something in which victims and the wider public can have confidence.”

The guidance also states that offenders should only receive no more than one simple caution in a two-year period in certain cases and only then if signed off by a police inspector.

Chief Constable Lynne Owens from Acpo said: “It is important that there is room for officer discretion in any system to ensure the punishment is proportionate to the offence.”

Shadow justice secretary Sadiq Khan said: “In the three years it has taken the government to wake up to this problem, too many innocent victims of crime have been insulted by the slaps on the wrist given to criminals. Ministers denied there was even a problem. Then they insulted innocent victims, blaming the rise in cautions on their unwillingness to press charges. Now we have yet another review being launched.”