Cuts to benefits for wealthier claimants

Families where one parent earns over £50,000 will lose some child benefit, and will take effect next week. 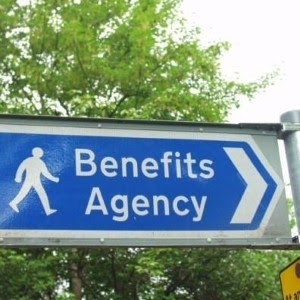 This is at the same time as Lib Dem’s Paul Burstow suggests for wealthier pensioners to no longer receive the winter fuel allowance, in order to fund social care.

HM Revenue & Customs has written to one in 10 families with dependent children warning them that they will lose some or all of their child benefit from January 7.

Families where one parent earns more than £50,000 will lose some of the benefit while those on more than £60,000 will see the payments withdrawn altogether.

Child benefit is worth £20.30 a week for the first child and £13.40 for each subsequent child. Some families fear they have not been given enough time to prepare for the changes, which could cost those with three children almost £2,500 a year.

HMRC has said that the new system is very easy to understand, but it is thought that hundreds of thousands of people will be forced to complete self-assessment tax returns for the first time as a result of the changes because the money is clawed back through the tax system.

The majority of pensioners should be stripped of state help with their heating bills to pay for care for the elderly, a former health minister said today.

Lib Dem Paul Burstow said radical action was needed to end the ‘misery’ of people being forced to sell their homes to pay for social care.

Limiting the help with heating bills to the poorest 2million pensioners on pension credit would save £1.5 billion each year.

Mr Burstow, a former care minister, said the money could help pay to implement Dilnot Commission, which suggested a cap on the amount people have to pay for care during their lifetime.

But campaigners for the elderly warned the move would be ‘a disaster for millions of pensioners who saved hard all their lives’.

David Cameron has refused to abandon his pre-election pledge to protect benefits for the elderly, including the winter fuel allowance, and free bus passes and TV licences.

But last month Nick Clegg said he would make ‘clear that money should not be paid to those who do not need it, looking again at universal benefits paid to the wealthiest pensioners.’