Do you discuss mental health at work?

Louise Bridgman, a former caretaker manager at RHP and previously a psychiatric nurse, held a ‘Live Lounge’ topic on talking to colleagues about mental health, with astonishing results. 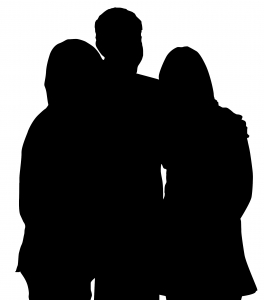 Earlier this year at RHP’s head office, RHP employees were given hour long ‘Live Lounge’ sessions which they were able to run hour themselves and focus on subjects they were passionate about. As previously working as a mental health professional, Ms Bridgman held her talk on mental health in the work place as she says that ‘the one thing we can all do to help anyone with mental health problems is to challenge our own attitude towards them’.

Ms Bridgman started her talk by posing a question to her colleagues: ‘About a year ago I broke my leg and had to have six months off work. When I came back everyone was really helpful, opening doors for me and asking “How are you?” If I’d been off with depression, would they have asked me if I was alright?’ Most admitted that they wouldn’t have asked if she was ok as ‘they said they would have been afraid of upsetting me. They said they would probably have shied away,’ she explained.

There are costly implications when employees find themselves being able to about mental health issues. Mind, a mental health charity, says that one in six workers are currently experience depression, anxiety or stress which costs the UK economy £26bn annually. 70 million working days each year are lost due to mental ill health, and employees that stay in work without the correct support can cost businesses up to £15.1 bn in lost productivity.

Now that she has left RHP Ms Bridgman has set up her own mental health awareness training company, Bridge the Gap Training, in which she is hoping to work with housing sector clients. She says that being off work due to anxiety, depression or stress can often delay an individual’s recovery. ‘You’re sitting at home thinking, “What is everyone at work thinking?” and that puts more pressure on you.

‘If you can go to your manager and say, “I’m having a difficult time at the moment”, the chances are you’ll be able to stay at work, which is better for you and the company, and your recovery will be much quicker,’ she adds.

Housing professionals encounter vulnerable people who have mental health problems daily. Through the Live Lounge session RHP found that ‘customer-facing teams often found dealing with mental health issues frustrating, finding it difficult to give customers the support they needed and not knowing exactly what to do’, says Chloë Marsh, the social landlord’s head of learning.

To prepare for universal credit replacing six exisiting benefits with a single monthly payment in October, RHP is giving extra support to tenants who can’t read and write to fill out forms as well as referring individuals with cancer to Macmillan Cancer Support. Ms Bridgman believes that housing professionals need to feel equally confident when working with those tenants with a mental illness.

‘With welfare reforms [coming into force], it’s even more important for us to build up relationships with all of our customers, and vulnerable people can be quite difficult to make relationships with,’ she says. ‘There are a lot of people [living in social landlords’] homes with mental illnesses, the more people who work with them can understand about it the better.’

Like with many things knowledge is key. Housing professionals should be aware of the impact medication could have on an individual’s behaviours and when housing staff visit tenants with mental illnesses they should have a fresh pair of eyes each time.  ‘One day they might not be so well, but the next time they might be OK,’ she says.

It’s ‘the simple things that make a huge difference’, Ms Bridgman states. ‘There’s a lady living on one of RHP’s estates who has a quite chronic mental health problem. Two of the caretakers said they didn’t know what to do. I said: “Just say hello.” Now they have conversations with her and she sometimes makes them a cup of tea.’

Would you feel confident enough to ask a colleague suffering with a mental health problem how they are?