Food banks rise to highest numbers across the country

As record numbers of people receive food from charities across the country, what is being done to help them?

Due to rising food and energy costs, and pay cuts, benefit cuts and rising unemployment, more people are having to rely on charities for food. The type of people using these services are not just homeless people, which is generally what the service is used by, but families and people on low incomes who have been hit the hardest by the economic changes.

The number of Northern children relying on food banks for meals has almost trebled in just 12 months. 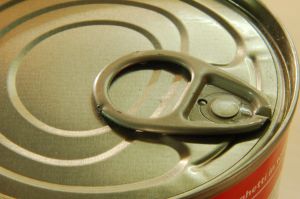 As the cost of living continues to increase, more families are reaching crisis point and are having to ask for help. Extra food banks are being set up due to the demand, some are even being set up by the council, as the pressures of the current economic climate are rising.

According to the Trussell Trust reports, the charity network said it had fed almost 110,000 people since April alone, compared with 128,697 during the whole of last year, and is on course to feed 200,000 people this year.
Trussell Trust executive chairman Chris Mould said:

The trust has seen first-hand the devastating impact of rising food prices on people in poverty.

It means the budgets of people on the breadline are stretched even further so even a small change in financial circumstances can push people into a crisis where they cannot afford food.

Day in, day out, food banks already meet UK parents who are going without food to feed their children, or are forced to consider stealing to stop their children going to bed hungry.

Further rises in food and fuel bills could see even more people in crisis turn to food banks.

Every day people across the country go hungry for reasons ranging from redundancy to receiving an unexpected bill on a low income. A food bank in Frome, run by volunteers, have seen a noticable increase in the demand, and have said it does not look as though the increase is going to stop. They are having to look for more volunteers to keep up with demand.

County councillor Colin Evans in Carmarthenshire, who is trying to set up a fifth food bank in his area to save the users having to travel as far, said that the use of their food banks had increased over the past few months and the people using it were employed and not claiming benefits.
He said:

I think out of necessity this is a road that we will have to go down because of the deteriorating economic climate of the country.

Volunteers at the food bank Nightwatch in Croyden say that they are now receiving around 60 people, when it used to be around 20; not all homeless people but just people who need something to eat.

Nightwatch was founded in 1976 by people in Croydon concerned about homelessness. Its core activity is providing food, equipment and advice

These are the reasons some of the people at the food bank in Croyden have for turning to charity for food:

I have been coming here since Wednesday, when I was made homeless. I was renting a room in a house in East Croydon but got into trouble with rent arrears and was kicked out. I was about £1,000 in debt. I have spent the last couple of nights sleeping in Mayday hospital accident and emergency ward.

I normally do painting work but that has just dried up. I get about £360 a month [from the council] but, after electricity, water, TV licence and the gas meter, it does not really leave much to live on.

A man staying at the YMCA, aged 32, who was left homeless after splitting up with his girlfriend and losing his job, said:

I have been coming here for a year because I have not got enough money to live and feed myself. I don’t come here every evening, just on the days that I have to.

So as the numbers of people falling in to poverty rise, what will be done to help beyond charities and volunteers pitching in?

I know there are many families finding it increasingly difficult to feed themselves. With the first cold weather of the winter this weekend, some will be facing a choice between eating and heating.

I applaud and support the work of volunteers wanting to help.

But I also believe that in the 21st Century, in one of the richest countries in the world, everyone should be able to feed themselves.

The increasing reliance on food banks in the North is the gravest indictment yet of this Government’s failed economic policies.