Green grass and a nice view can improve mental health according to scientists at Exeter University.

Scientists at Exeter University believe that moving to a greener environment can instantly improve mental well-being and the effects can last up to three years. When looking at people who moved to a more built-up environment their mental health declined.

Experts have said that the findings add to evidence which suggests that increasing green spaces in cities could deliver benefits to public health, reports Exeter Express and Echo. 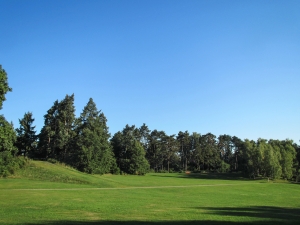 Dr Ian Alcock from the university is the lead author of the study and says: “We’ve shown that individuals who move to greener areas have significant and long-lasting improvements in mental health. These findings are important for urban planners thinking about introducing new green spaces to our towns and cities, suggesting they could provide long-term and sustained benefits for local communities.”

This study is used date from the British Household Panel survey and is the first to consider the effects of green space over time.

Overall results showed that on average movers to greener areas experienced an immediate improvement in mental health, which was sustained for at least three years. Whilst people who moved to more built-up areas suffered a drop in mental health.

Researchers adjusted their data to account for other factors that are likely to affect mental health over time, such as income, employment, education and personality.