A recent report has shown that almost one in five homeless applications (18%) in Scotland came from the private rented sector. 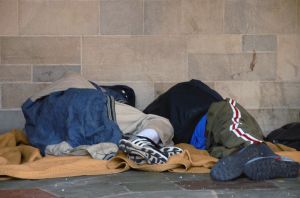 Shelter Scotland stated that this percentage is ‘disproportionate’ to the sector’s size which makes up 13% of all housing in Scotland, Inside Housing reports.

It was also mentioned that the number of people who gave ‘long term roofless’ as their previous housing situation increased by almost 25%.

Though, in the last five years in Scotland, homeless applications have decreased by 34% with only 36,457 applications being made in 2013/14.

This decrease is due to the introduction of the ‘housing options model’ which involves the council considering all options when evaluating someone’s need including renting privately and an emphasis on a preventative approach by local authorities instead of a change in the underlying causes of homelessness.

The Director of Shelter Scotland, Graeme Brown stated, ‘While the headline figures show that homeless applications are down by one third in the last five years – which is welcome – our analysis shows it is not all good news for homeless people in Scotland.

‘Although there are movements in the right direction, there is still a long way to go. With the significant weakening of the welfare state in recent years, it is more important than ever to ensure that vulnerable households are offered support before they are pushed into crisis.’

The figures that are published in ‘Homelessness in Scotland – Getting Behind the Statistics’ came from an analysis of the Scottish government’s annual homeless statistics.

The report has been published ahead of Shelter Scotland’s homeless conference which will take place in Glasgow at the end of January.