Hospital Sued Over DNR on Man with Cerebral Palsy 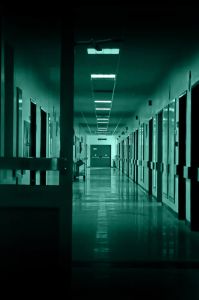 The mother of a 28-year-old man with cerebral palsy is suing the hospital where he died, alleging its staff failed to consult her on a decision not to attempt resuscitation and did not administer his medication appropriately.

A coroner has raised concerns about the way Carl Winspear received medication in hospital last year, writing an official letter to the Department of Health (DoH) and City Hospitals Sunderland NHS foundation trust over drug procedures at Sunderland Royal hospital.

Relatives want to clarify the law on how DNR decisions are reached for patients without mental capacity to decide and force the DoH in England to establish a national policy, instead of medical staff being expected to follow professional guidance and local policies.

Carl Winspear, who did not have mental capacity to make all his own decisions, died of pneumonia in Sunderland Royal hospital in January 2011.

His mother’s lawyer says a doctor unilaterally decided not to attempt resuscitation if he suffered cardiac or respiratory arrest, recording in the medical notes “speak to family in morning”.

Mrs Winspear said she was approached by the doctor to ask if she would consider a DNR, but she was not told of any decision having already been made. She said she strongly disagreed with an order being put in place, but claims an undated DNR order was subsequently found by the family in the medical notes.

It seems the doctor assumed Carl did not have a quality of life. He had a better quality of life than you or I do. He went to a day centre five days a week, doing different things. One day, he might go out for fish and chips, another, they would take him to a pub, a third it would be the allotment.

Derek Winter, the Sunderland coroner who recorded a verdict of death by natural causes at Winspear’s inquest in July 2011, was worried by problems with the intravenous administration of drugs during his treatment. He wrote to the hospital and the health department over delays in giving Winspear loading doses – large doses of medicine over short times – to try to deliver quick therapeutic responses.

[She] has been left feeling that Carl was grossly let down by the hospital, that he did not receive the drugs that could have eased his suffering and that perhaps more could and should have been done for Winspear but his doctors seemed heavily influenced purely by his disability.

She also pointed to the low involvement of patients or relatives in DNR decisions found in a review of current procedures by the National Confidential Enquiry into Patient Outcome and Death.