Crisis say that the impact of housing benefit cuts is more people are homeless, and families with children and young people are the most affected. 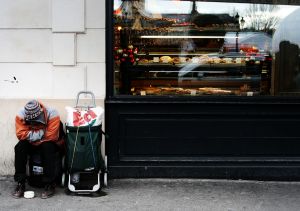 The report by Crisis, the Homelessness Monitor shows the impact of the economic downturn and policy developments on homelessness across the UK

It highlights how reforms to welfare and housing, particularly cuts to housing benefit, are already having a negative impact on society. It is contributing to making more people vulnerable to homelessness, especially as it is combined with the continuing economic downturn.

Crisis think there is much worse yet to come, and young people and families with children will continue to be the worst affected.

Key findings of the research:

Crisis is urging the following changes from the Government:

The coalition is sweeping away the safety nets that have traditionally saved people from the horrors of homelessness. Housing benefit, the duties of local councils and the security and availability of social housing are all being cut back.

Young people are already bearing a disproportionate burden of the cuts and economic downturn, yet the government seems set to increase the pressure by abolishing housing benefit for under-25s.

The research is clear – if we carry on like this, rising rates of homelessness will accelerate – a disaster for those directly affected, and bad for us all.

When we put all the evidence together for the Homelessness Monitor the conclusion was clear: the strain of the economic downturn, combined with radical welfare cuts and growing housing market pressures, means increasing numbers of people are going to become homeless.

As the buffers that have traditionally saved people from homelessness are dismantled we expect to see this increase accelerate – particularly with families and younger people who are being hardest hit.