London has a five year pipeline of 28,500 homes per year however it needs closer to 50,000, real estate adviser Savills has warned. 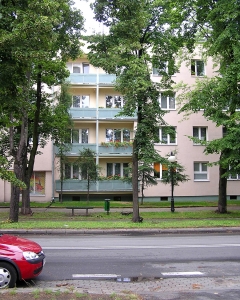 In their report it shows that 57% of demand comes from the lowest end of the market however it is not being met which accounts for 21,500 of the shortfall. The report warns that businesses may be driven out of the capital unless the amount of affordable homes is increased.

Savills say that only 6% of demand is for homes in the “prime” or top end of the market and the supply of homes for those earning more than £50k is much closer to being met, reports Inside Housing.

“Developers have focused on the top end of the market since the credit crunch, but it is clear that the very deep seam of demand – and therefore the bomb proof opportunity for developers – lies at the lower end of the market,” said Susan Emmett, Savills residential research director.

In order to meet the challenge of the rising population the capital will need the equivalent of eighteen new Olympic villages per year. Over a third of the requirement is for affordable homes, 27% for market sale, and 41% is for homes available to rent.

“Last time London’s population peaked at 8.9 million in the 1930s we were building around 60,000 homes a year,’ Ms Emmett added.  “Back then, the city was visibly overcrowded and there were slums to clear.  Today our housing crisis is not as visible, but the signs are there behind closed doors. Unless we are careful, the shortage of homes will start to impact on London’s ability to compete.  We will start to see businesses think twice about coming to a city where they can’t afford to house their employees.”