An 83 year old man has chosen to end his life with assisted suicide after being diagnosed as in the first stages of dementia. 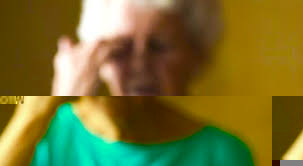 He was assessed as mentally competent to make the decision at the centre in Switzerland, as he was only in the first stages of the disease.

He did not want to suffer as the neurodegenerative disease developed and did not want his family to see him suffer.

Although there have been other cases of people with dementia, this is the first time the details have been reported.

Dementia is the gradual loss of brain function leading to loss of memory and the inability for patients to understand what is happening around them. It affects 800,000 people in the UK.

A psychiatric assessment found that he was mentally competent to make the decision.

The family did receive guidance over the telephone from Dr Michael Irwin, a retired GP known as Dr Death for his views on assisted suicide.

Dr Irwin said the man was in the early stages of dementia during which time someone’s “mental competence is still fairly normal”:

When you have a chronic debilitating condition like dementia then to me that is a much more serious medical problem, a much greater degree of suffering than someone who has been given a diagnosis of a terminal illness when they’re going to die in a couple of months.

No-one with the condition should have to accept a poor quality of life. Instead we need to be driving up standards to ensure everyone can enjoy a good quality of life today.

And when the time comes, people with dementia deserve a dignified death and good quality end of life care – no less than everyone else.