Many older people are denied care

Analysis by Age UK has found that the number of over-65s receiving help has fallen by a third since 2005-06.

Campaigners have said that this is a “catastrophic” situation with many elderly people with vulnerabilities being denied care.

In the last year only one in ten people over-65 got the help they needed. A review, based on published data, has estimated that at least 800,000 older people were going without the care they need, reports the BBC. 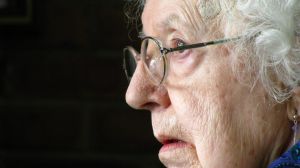 Age UK has blamed this lack of care on the reduction of funding which has forced councils to reduce their budgets. The report, which is the charity’s annual review of the state of social care, has said that a lack of funding has resulted in councils increasingly rationing services. Only 13% of local authorities now provide help to people with moderate needs compared to nearly half in 2005/06.

The report shows that 168,000 older people have stopped receiving help with essential tasks such as eating, washing and getting dressed, with many more being denied support to help them continue living at home, reports the Guardian.

Liz Kendall, shadow minister for care, and older people said: “Age UK’s devastating report shows the true scale of the care crisis unfolding under this government. The failure to provide decent care and support for elderly people is simply unacceptable in the 21st century in one of the richest countries in the world.”

Age UK charity director Caroline Abrahams said: “The figures we have uncovered in this report are catastrophic. Older people who need help and are now not getting it are being placed at significant risk and families who care for loved ones are experiencing intolerable strain. If older people do not receive the care they need and as a consequence end up in A&E units and hospital wards, we have simply shifted people around the system at great financial cost and created distress and disruption for older people in the process. This makes absolutely no moral or economic sense.

Ms Abrahams has said that this does not make financial sense as it increases the risk of expensive hospital admissions.

To ease the pressure on the system the government is creating a pooled budget of £3.8bn with the NHS next year to encourage greater co-ordination and then in 2016 the cap on care costs will be introduced.

Ms Abraham has said that this would have limited benefits as the system is already so underfunded.

A Local Government Association spokeswoman said: “The shortage of funding is being exacerbated by increasing demand. To substantially raise the standard of care on a nationwide basis, more money needs to be put into the system.”

Norman Lamb, the care and support minister, said: “Social care is a priority for this government which is why we have already allocated an extra £1.1bn to councils from the NHS to protect services. But both our health and social care services need to work differently to respond to the needs of our ageing population – we need to focus on keeping people well and living independently for as long as possible.”