A mental health trust has been forced to discharge patients into bed and breakfast accommodation due to a decrease in funding.

Barnet Enfield and Haringey Mental Health Trust, which is London based, has seen the cost of moving discharged patients into B&Bs rise from £46,000 in 2012/13 to £264,00 in the ten months to January this year. 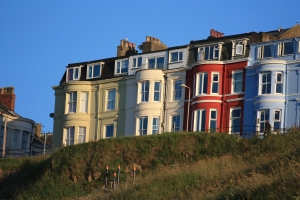 The use of B&Bs has been revealed in a Freedom of Information response which also shows and 11-fold rise in the trust’s bill for placing patients with private providers, reports the Local Government Chronicle.

Patients who are well enough to be discharged from a ward but who lack a suitable place to stay are placed in B&Bs. The rising use of B&Bs and private provider accommodation has come after it reduced inpatients beds by a third over the past five years, in line with other NHS providers.

The number of mental health beds has fallen 32 per cent from 2003 to 2013 as the number of detentions under the Mental Health Act increasing by 6 per cent between 2003-4 and 2011-12, HSJ revealed in October last year.

Andrew Wright, director of strategic development at Barnet, Enfield and Haringey Mental Health Trust has said “The current situation has improved, however, the numbers of patients requiring admission continues to fluctuate, so although the pressures on our beds has reduced, we anticipate they could increase again over the coming months. We will be working together to further improve the processes for managing patient care pathways and on longer-term approaches to meeting increased demand for our services within the constrained resources available.”

Stephen Dalton, chief executive of the Mental Health Network told HSJ that  specialised commissioning of mental health beds across the country had become a major concern. “It is quite clear that specialised commissioning is in freefall and nobody is getting a grip if it,” he added. “Patients are in the wrong beds in the wrong places and providers up and down the country are complaining about it.”