Mental health law reforms have confirmed that they will ensure cells are used only for adults as a place of safety when there are no other places for behaviour management. 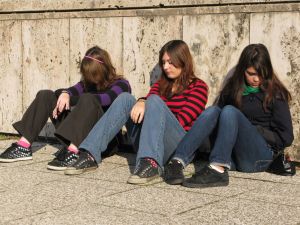 Mental health issues consume more than 20% of police time. Theresa May, the home secretary,  announced this week that mentally ill young people will not be taken into police stations and detained in cells under reforms.

The joint Home Office and Department of Health review of section 135 and 136 of the Mental Health Act will also recommend reducing the maximum length of detention of someone in mental distress from 72 to 24 hours. Reports Guardian.

This change in reform is due to the determination of the home secretary to reduce the use of police cells as a ‘place of safety’ for mentally ill people. Although the number of times mentally ill people have been held in police cells have dropped, they are still commonly being used as opposed to a hospital bed or community place in more than one third of cases. Instead, the home secretary intends to increase the supply of health-based places of safety as she believes that a major problem is the lack of them.

This problem is more severe for under 18s as last year, 236 children who were sectioned were kept in a police cell due to ‘a non-criminal health’ issue.

A quarter of health providers say there is not enough places to meet demand in their local area and 105 local authorities with social services responsibilities have only one health-based place of safety. These shortages have meant for extra pressure on the police and having to detain mentally ill people in cells as there is no other choice.

It has also been noted that police care are used in more than 75% of cases in comparison to ambulances to transport people to places of safety.

The health department has been encouraged to make extra resources available to provide more beds for young people. This would make way for significant savings in the police budget so costs are ‘neutral’ across the government.