A report by the Commons committee has concluded that G4S and Secro have lacked the required experience for the task.

The Public Accounts Committee has said that the Home Office scheme has resulted in asylum seekers being places in “unacceptable poor” housing due to being “badly managed”, reports the BBC.

The Home Office said, while it accepted there were “challenges” with contracts, it was “disappointed” by the findings. 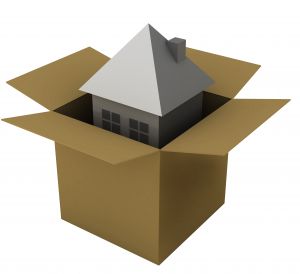 “The UK has a proud history of granting asylum to those who need it and providing accommodation while applications are considered,” a spokesman added

The three companies had been brought in to replace 22 separate contacts which provide housing to asylum seekers in need. The PAC had said the scheme was intended to save £140m over seven years, however only £8m was saved in the first year.

“The change was poorly planned and badly managed and is unlikely to yield the savings intended,” said committee chairwoman Margaret Hodge.

“G4S and Serco had no previous experience of accommodating asylum seekers. Instead of brokering a smooth transition between outgoing and incoming contractors and with local authorities, the Home Office short-sightedly decided to take a hands-off approach and only allowed three months to get the new contracts up and running. G4S and Serco failed to inspect and check the properties before taking them over. This lack of information contributed to delays, extra cost, and disruption and confusion for a very vulnerable group of service users. The standard of the accommodation provided has often been unacceptably poor for a very fragile group of individuals and families. The companies failed to improve quality in a timely manner. None of this was helped by the department’s failure to impose penalties on contractors in the transition period. It is disturbing that over a year into the contract the accommodation is still not of the required standard and the department has only chalked up £8m in savings.”

The committee has called upon the Home Office to not change a contracting model in the future without a “clear business case” to justify the decision. It has also called upon the department to re-examine its saving forecasts to make sure they were realistic and achievable.

90% of those requiring accommodation were able to remain in their exisiting place of residence whilst contracts were changes however around 2,000 asylum seekers who had to move said they received “mixed messages” and those messages were “not routinely translated”.

The Home Office spokesman said that NAO report had “also found that the transition to our new providers was well-managed and noted that operational performance is improving”.