Neglect is a main contribution to care home deaths

A coroner looking into the deaths of elderly people at Orchid View care home has said that ‘institutionalised abuse’ and neglect are contributing factors to their deaths. 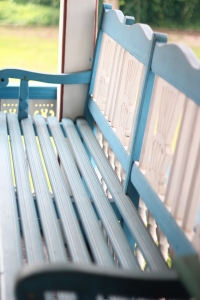 The coroner, Penelope Schofield, has said that there was “institutionalised abuse” at Orchid View care home in Copthorne. She has said that those involved in the neglect should be “ashamed” and it has been announced that a serious case review has been set up.

Ms Schofield said that  “There was institutionalised abuse throughout the home and it started, in my view, at a very early stage, and nobody did anything about it. This, to me, was from the top down. It was completely mismanaged and understaffed and failed to provide a safe environment for residents.”

A five week inquest into the now-defunct care home has heard how some residents were given incorrect doses of medication and others were left soiled and unattended due to staff shortages.

Ms Schofield has said that it was “disgraceful” that the home was able to be run in that way for two years, and criticises the Care Quality Commission for giving the home a “good” rating in 2010. “I question how this could be the case and I question whether the inspection that did take place was fit for purpose”.

The coroner has said that 19 residents at the home suffered “sub-optimal” care. All of those residents had died from natural causes; however five of those “had been attributed to by neglect”.

One of these residents was overdosed on a blood thinning drug as staff had failed to monitor and administer the medication properly.

The care home was shut down in late 2011 and the CQC found that it failed to meet eight of its essential standards of quality and safety. Five people have been arrested, including some on suspicion of manslaughter and gross negligence, reports the Guardian.