A group from Manchester University are calling for a national mentoring programme for young people at risk of becoming abusers. They recommend that lessons on domestic violence prevention should be in every school. 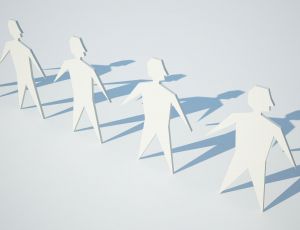 The government says that it expects the subject to be taught “as part of sex and relationship education”. A spokesman for the Home Office said that it had guaranteed nearly £40m to help fund domestic and sexual violence support services, reports BBC’s Newsbeat.

The researches questioned 1,200 13-14 year olds and more than half said that they had experienced domestic abuse as a victim, witness or perpetrator. A quarter said that they had also carried out at least one abusive act against a boyfriend or girlfriend, ranging from hitting or shoving to emotionally controlling their partner.

Responding to the study, the Home Office have said: “The government also expect teachers to ensure all pupils develop an awareness of the issues around physical violence and abuse as part of sex and relationship education. We are producing materials around the ‘This is Abuse’ campaign which will support this work. We want to see young people in safe and happy relationships and this means tackling abusive attitudes at an early age.”

Leader of the study, Professor Gadd says that “there are 16, 17, 18-year-old young men who are already committing very lethal forms of domestic violence on a repeat basis.” He also admits that support services are “patch” and should be replaced with a national network of mentors working long term with young people who are at risk of offending.

Professor Gadd is not confident that his idea may ever become a reality due to public spending being tightly controlled. “It doesn’t make you very popular to say we need to spend more money on domestic abuse perpetrators,” he ends.