New briefing recommends authorities provide accommodation for those with TB

The National Institute for Health and Care Excellence briefing ‘Tuberculosis in Vulnerable Groups’, endorsed by Public Health England, recommends a “whole system approach” meaning the NHS, local authorities and Public Health England should join forces to ensure that services are reflecting the needs of their area. 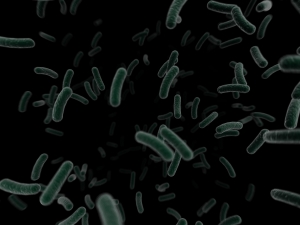 The briefing highlights how steps to address TB will improve the health of local communities whilst also covering a range of areas working with vulnerable local people and partnership organisations, reports Inside Housing.

The transmission rate of TB is highest amongst vulnerable groups such as people who are homeless or in poor or temporary housing, people who have spent time in prison and those who misuse alcohol and other substances.

Professor Mike Kelly, director of the centre for public health at NICE said: ‘TB may sound like a disease from a bygone era, but the reality is that it’s still very much a modern day issue. There were over 8,700 cases of TB in the UK in 2012, with the highest rates recorded in London and the West Midlands.

‘Although anyone can be infected with the bacteria, there are clear inequalities in who is affected. The highest burden of TB in UK-born people is among those with one or more social risk factors, such as being homeless or a having a problem with drug misuse.

‘This briefing sets out effective ways for local authorities to work in partnership with local organisations to help tackle TB amongst the vulnerable groups most at risk from the disease.

‘Local authorities are in a good position to take action on some of the social factors that contribute to the disease spreading, such as poor housing, homelessness and access to healthcare. By addressing these factors, local authorities can help reduce spread of TB.’

For more recommendations in the briefing see here.