A new resource centre aimed and stopping family arguments and youth arguments has been announced to launch across Scotland.

The Scottish Centre for Conflict Resolution is aiming to provide families with support and advice on how to solve any conflicts. Experts believe that mediation services are the most effective way of stopping young people leaving the family home, resulting in homelessness. 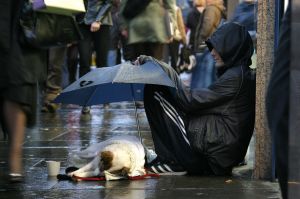 The SCCR has been established by Edinburgh’s Cyrenians charity and is being funded by the Scottish government. Research undertaken by Edinburgh’s Cyrenians charity has suggested that although mediation is the most effective way in dealing with these issues, families feel that they don’t know how to deal with the arguments which can lead to young people walking out of their family home.

Due to the result of these findings, this new initiative will be open to families across Scotland and will promoted via numerous campaigns.

Tam Baillie, Scotland’s commissioner for children and young people, also backed the new centre. I spent many years working with homeless young people. I know from experience the difficulties for young people once they have entered the homeless system and the value of preventing it happening in the first place. It is widely accepted that prevention is a more cost effective way to deliver services, and for young people it could also be a way to save the grief and heartache that comes from starting off their adult life in a position of being homeless.”