Home Secretary Theresa May, has announced a new domestic abuse offence for ‘coercive and controlling behaviour’ within relationships. 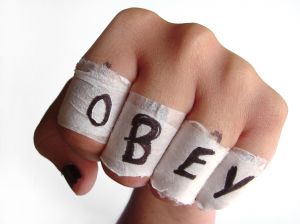 This behaviour can include the abuser preventing their victim from having friendships and family interactions, denying them access to money, and dictating the daily decisions they would make in their lives.

Ms. May expects the new law would protect domestic abuse victims from psychological and emotional abuse. The offence has a maximum of five years in prison along with a fine in England and Wales. Ms. May stated, “Coercive control can be tantamount to torture. In many cases, dominance over the victim develops and escalates over the years until the perpetrator has complete control. Putting a foot wrong can result in violent outbursts, with victims living in fear for their lives.” BBC reports.

Chief Executive of Women’s Aid Polly Neate, stated, “We hope this new law will lead to a real culture change, so that every woman experiencing control can get the support she needs to break free safely.”

However, Chief Executive of Refuge Sandra Horley felt differently. She explained that creating a new offence would not help in dealing with the issue of domestic violence by stating ‘We already have enough laws – the problem is that they are not being implemented properly. The police don’t even arrest when there is evidence of serious physical violence, so how are police and juries ever going to understand complex concepts like coercive control?’ A recent report has criticised police forces in England and Wales for not dealing with domestic violence sufficiently.

Chief Executive of Citizen’s Advice Gillian Guy, stated that the introduction of the new offence enables the government to convey to people that all forms of domestic abuse are intolerable.