The project is a collaboration between the CSIRO, and community organisations Global Community Resourcing and Bromilow Home Support Services, which began around three years ago. 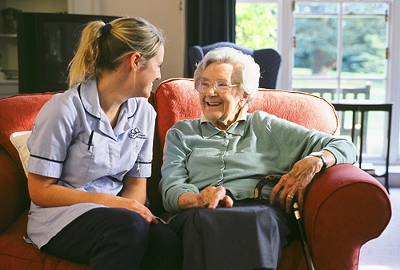 The Commonwealth Scientific and Industrial Research Organisation (CSIRO) is trialling new technology to support older people and people with disabilities in their homes in Australia, ABC reports.

The technology is a sensor network which can be installed in a client’s home and can monitor environment factors like heat and movement. It uses a network of home sensors to track a person’s movements, collect critical health information, and alerts carers of emergencies. An internet connection is required which enables data to be transmitted back to the patient, their family and carers.

Paul Hawting, CEO of Bromilow Home Support Services, stated that the technology has been successfully trialled in some of his clients’ homes.

Those who were included in the trials supported that the technology has the potential to improve the lives of patients, their family members and carers.

Dr David Hansen, CEO of the Australian e-Health Research Centre at the CSIRO, stated, “What we’re actually looking for is that we monitor someone’s functional independence, so how well they look after themselves over time. What we expect to come out of that is that we will be able to, from all that sensor data, pick up the unusual events and set up alarms and alerts”.

With this technology, elderly people and people with disabilities are being supported and encouraged to live independently in their homes, instead of going into nursing or care homes. Support needs are higher, but if technology can be used to aid in this way, then the resources can be shared out on a wider level and services can be provided to better meet the needs of certain groups of people who are more vulnerable.

Do you think this technology would be beneficial to older people and people with disabilities in the UK?