The Department for Work and Pensions is increasing its efforts to keep tenant arrears to a minimum once universal credit is implemented. 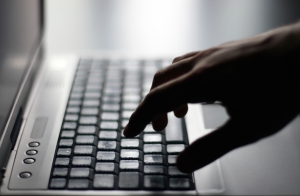 The DWP has been working closely with housing providers and the National Housing Federation to ensure that rent payments are safeguarded under the new benefits system, reports 24dash.

Labour MP Frank Field say that these ‘safeguards’ have been taken one step further.  Field claims that official figures from the DWP reveal that the department is making payments directly to landlords for over half of the 70 participants in a ‘pathfinder’ pilot.  Field said the move was particularly worrying because the pilots have involved only single people and couples with relatively straightforward circumstances.

Latest DWP guidance says: “When a claim for universal credit is made it will be decided if a claimant needs support with budgeting and this may include putting in place an alternative payment arrangement where significant support needs are identified. In these cases DWP staff will consider information from tenants and landlords before taking a decision. This will depend on the claimant’s circumstances. When a universal credit claim is made,  DWP will work with the claimant and landlord to decide if budgeting support or ‘alternative payment arrangement’ is required, based on a number of factors. All cases will be looked at on an individual basis. Rent and service charges for the property the tenant is currently living in are included in the list of deductions that can be made from a universal credit payment. Furthermore, DWP is currently exploring increasing the rate at which deductions can be made. Landlords can phone DWP to request a ‘third party deduction’ for rent arrears when they reach the equivalent of two months’ rent.”

Commenting on the new guidance, a DWP spokesman said: “We discuss budgeting support with ALL claimants of UC. But we also have safeguards in place with clear arrangements where payments for vulnerable people can be made direct to landlords. Where an alternative payment arrangement is appropriate, and we have the necessary details, it will be paid within five days.  78% of claimants from UC pathfinder areas feel confident about their ability to budget with monthly payments, and we have increased budgeting support for claimants under UC. These suggestions are based on a small sample of claimants presenting a skewed picture. The reality is rent arrears aren’t new under universal credit and it is inaccurate to suggest otherwise. Recent research shows that around 50% of housing association tenants in England were in arrears before UC was introduced. Furthermore, the National Housing Federation has acknowledged that we have delivered real service improvements with increased support to help people adjust to budgeting and more protection for landlords. With the vast majority of people saying they are coping well with direct payments. Universal credit is already making work pay as we roll it out in a careful and controlled way. It is transforming people’s lives in a growing number of areas, including 39 Jobcentres, and we have started taking claims from couples too. By the end of this year, around one in eight Jobcentres will offer universal credit.”