Newcastle council has published a report looking into the impact that the bedroom tax and welfare changes have had on the city.

The reports says that the government’s policies are costing the council and local housing providers millions of pounds due to unpaid rent and residents are being forced to downsize into smaller accommodation, reports 24dash. 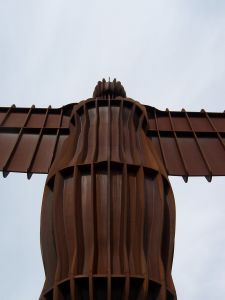 Within the report it says that the impact on individuals would be much greater if it weren’t for the “hard-pressed” local authority alongside the voluntary and community sector stepping in to help those in need.

The reports found that council tenant’s rent arrears increased by £274,000 from March 2013 to December 2014 with predictions suggesting that rent arrears are expected to top £1m by the end of the 2013/14 financial year. Reductions in working tax credits in the last two years have left claimants £1,000 to £1,500 a year worse off with £3.26m removed from the local economy due to housing benefit changes.

33% of residents surveyed said that they expect their finances to worsen over the coming year. The report found that one in three children in Newcastle are now growing up in poverty and a food bank in the West End issued over 400 vouchers in four months.

Deputy leader of Newcastle City Council, Cllr Joyce McCarty, who has responsibility for helping people affected by welfare reform, said: “This report shows the chilling effect of welfare changes on all sections of our community – the unemployed, low paid families, younger and older people, and people with disabilities and mental health issues. The bedroom tax, housing benefit, working tax credits and sanctions have all had a significant impact on people’s quality of life which has put the council and its partners under greater strain as we work together to lessen the impact. Two thirds of people affected by the bedroom tax are in rent arrears but the numbers would be much higher if organisations like Your Homes Newcastle were not absorbing some of the pressure. But dealing with the hidden costs of welfare changes is just piling up greater problems for the future. It is scary for people caught up in this, but as a council we are working with the Newcastle Voluntary and Community Sector to do all that we can to help them. Somehow we are managing but for how much longer as the situation is predicted to get worse.”