One of the country’s leading psychiatrists says that the mental health service in England is in crisis and unsafe.

Dr Martin Baggaley, medical director of the South London and Maudsley NHS Trust, has spoken out as part of an investigation by BBC News and Community Care magazine which reveals that more than 1,500 mental health beds have closed in recent years. 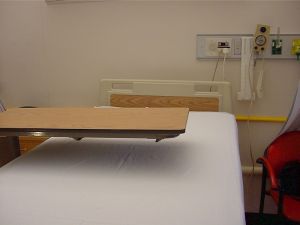 Care Minister, Norman Lamb, has said that the current situation was “unacceptable” and provision must improve. Even though there is a drive for people to receive treatment within the community he said that beds must be available for patients who need them.

Figures collected by the BBC and Community Care show that 1,711 mental health beds have been closed since April 2011 and 277 of these were between April and August of this year.

Dr Baggaley says that a severely distressed patient had been transferred from Croydon to Hertfordshire as there were no beds in London.

He said: “We are in a real crisis at the moment. I think currently the system is inefficient, unsafe. We’re certainly feeling it on the front line, it’s very pressured, and we spend a lot of our time struggling to find beds, sending people across the country which is really not what I want to do.

“There seems to be a genuine increase in demand,” he said. “That’s partly explained by a reduction in beds, by resources coming out of the health system, the squeeze on social services budgets, and by the general economic situation.”

The average occupancy levels in acute adult and psychiatric beds are running at 100% according to the FOI figures from 28 trusts. Half of those trusts have levels of more than 100%; all of them had occupancy rates above the 85% recommended by the Royal College of Psychiatrists.

Care Minister Norman Lamb said: “Current levels of access to mental health treatment are unacceptable. There is an institutional bias in the NHS against mental health and I am determined to end this.

“More people are being treated in the right settings for them, including fewer people needing to go into hospitals. It is essential that people get the treatment they need early and in the community but beds must be available if patients need them.”