Over 40% of domestic violence victims are male

A new report has revealed that nearly two in five of all domestic violence victims are males. 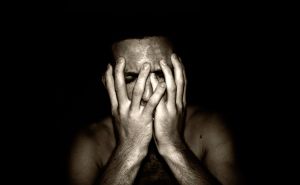 The study by the men’s rights campaign group Parity, and it says that men assaulted by their partners often goes ignored by police, and their attacker goes free with the men having fewer refuges to flee to than women.

The charity’s analysis of statistics on domestic violence highlight the number of men attacked by wives or girlfriends is much higher than people thought. In the report Domestic Violence: The Male Perspective it states: “Domestic violence is often seen as a female victim/male perpetrator problem, but the evidence demonstrates that this is a false picture,” reports the Guardian.

Data collected from Home Office statistical bulletins alongside the British Crime Survey have revealed that men make up about 40% of domestic violence victims each year between 2004-05 and 2008-09, the last year for which figures are available.

The same amounts of men were subjected to severe force in an incident with their partner, according to the same documents.

Campaigners claim that men are often treated as “second-class victims” and that many police forces and councils do not take them seriously. “Male victims are almost invisible to the authorities such as the police, who rarely can be prevailed upon to take the man’s side,” said John Mays of Parity. “Their plight is largely overlooked by the media, in official reports and in government policy, for example in the provision of refuge places – 7,500 for females in England and Wales but only 60 for men.”

The official figures underestimate the true number of male victims, Mays said. “Culturally it’s difficult for men to bring these incidents to the attention of the authorities. Men are reluctant to say that they’ve been abused by women, because it’s seen as unmanly and weak.”

The number of women prosecuted for domestic violence rose from 1,575 in 2004-05 to 4,266 in 2008-09. “Both men and women can be victims and we know that men feel under immense pressure to keep up the pretence that everything is OK,” said Alex Neil, the housing and communities’ minister in the Scottish parliament. “Domestic abuse against a man is just as abhorrent as when a woman is the victim.”

Mark Brooks of the Mankind Initiative, a helpline for victims, said: “It’s a scandal that in 2010 all domestic violence victims are still not being treated equally. We reject the gendered analysis that so many in the domestic violence establishment still pursue, that the primary focus should be female victims. Each victim should be seen as an individual and helped accordingly.”