Over 870,000 people in Scotland are living in poverty

A new coalition of charities has claimed that over 870,000 people in Scotland are living in poverty.

A group of eight charities which include Shelter Scotland and Child Poverty Action Group have joined together to form Scotland Outlook, and say there is a “bleak outlook” for people living in deprivation in the country. 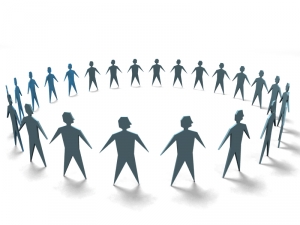 The group have said that many children were living below the breadline and many were turning to foodbanks to feed themselves, reports Inside Housing.

Their campaign aims to show the scale and impact of poverty in Scotland whilst raising awareness of the problem throughout the country.

Graeme Brown, director of Shelter Scotland, said: “People across Scotland are being battered by welfare reforms, stagnant wages, rising utility bills, higher living costs and job insecurity. For many, the safety and security of home is under threat like never before. It’s a perfect storm on our doorstep. We see and hear the misery poverty causes every day. Not only does it have a devastating impact on home life, it has long-term detrimental effects on people’s health, well-being and life chances – especially children.”

John Dickie, head of CPAG in Scotland, said: “Independent forecasts predict an explosion in child poverty levels in the coming years as so much of the benefit and tax credit support that millions of families in and out of work rely on is ripped away. But by raising awareness and working together we can, and must, bring about the changes to our economy, social security system and public services that are needed to protect all our citizens from this poverty storm.”