A BBC investigation has shown that some patients are going to A&E units over 50 times a year.

Under the Freedom of Information act data from 183 sites showed that nearly 12,000 people made over ten visits to the same unit in 2012-13 with 150 people attending more than 50 times.

Doctors have warned that whilst the issue is confined to a minority of patients it was adding mounting pressure on the system over the winter with many hospitals already struggling to hit their waiting times. 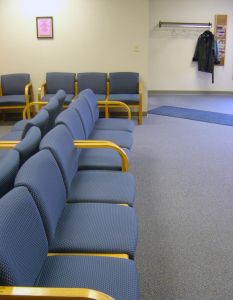 In the fortnight leading up to Christmas the four-hour target was missed overall.

Dr Cliff Mann, of the College of Emergency Medicine has said that the BBC’s findings have raised some worrying questions as hospitals are struggling to cope. “At a time when emergency departments are very busy, it is clear that repeat non-emergency attendees are adding to the pressures,” he said.

Patients Association chief executive Katherine Murphy said: “These figures are of great concern and provide yet more proof that our already overstretched A&E services are being put under increasingly severe strain. It needs to be recognised that every inappropriate attendance at the A&E would detract health professionals from attending to the genuine and often life-threatening emergencies,” she added.

A spokeswoman for NHS England has said that the figures should be see in context as in England alone there were more than 21 million visits to A&E units last year.

“The figures presented here suggest that the number of people attending A&E frequently is relatively small when considered against the big picture. Our A&E departments are trusted by the public and it is really important that people know the NHS will be there for them if they need treatment and care.”

But she added: “It is also important that patients and the public know about and use the full range of health services in their local area. The NHS works hard to ensure people know where to go to get the best care and can use services appropriately.”