Local authorities have been accused of stopping plans for older people’s housing due to the rising cost of elderly care.

Housing associations claim that some council planners are blocking proposals because they are wary of older people moving into their area and in doing so placing more strain on social care budgets. 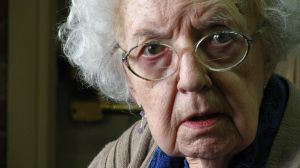 Proposed legislation outline in the Care Bill could see the cost of care spike as if it is passed older people will pay up to £72,000 in total for their care with the council paying the rest, reports Inside Housing.

One housing association chief executive said that he knew of 250 and 40-home developments that had been turned down by separate north London councils due to concerns about the impact an influx of older people would have on the boroughs’ budgets. Both schemes have no received consent after being forced to change the tenure of the housing to include more general stock needs.

Chief executive of Housing 21, Bruce Moore, has said some local authorities were “almost in denial” about the necessity for specialist retirement housing.

Councils have expressed concern about the car cap, which could be implemented in April 2016 if the Care Bill is passed by MPs this year.

In its 2014/15 business plan, Camden Council said: “[There is a] high degree of risk that the plans will present significant new burdens for councils that will either be underfunded or not funded at all.”