Should people have early screenings to see if they have dementia?

Many people over the age of 80 could be diagnosed with dementia needlessly, say specialists.

Specialist in dementia, geriatric medicine and public health are claiming that the growing trend towards older people having their risk of dementia evaluated could lead to a high number of over-diagnosis. 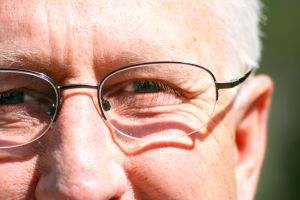 “The current prevalence of dementia is thought to be 10-30% in people over the age of 80, but the adoption of new diagnostic criteria will result in up to 65% of this age group having Alzheimer’s disease diagnosis and up to 23% of non-demented older people being diagnosed with dementia,” say the British and Australian experts, writing in the British Medical Journal.

They state that the “political drive” in the UK and US towards early diagnosis is yet to be backed by evidence of any benefit. They believe that an early diagnosis means that more commercial opportunities are produced for firms that provide testing tools, rather than helping patients at risk.

“Only 5% to 10% of people with mild cognitive impairment will progress to dementia each year, and as many as 40%-70% of people do not progress or their cognitive function may even improve,” write the authors, who include Carol Brayne, professor of public health at Cambridge University.

In addition, “the neuropathology of mild cognitive impairment does not support the concept that most people with this condition are in the early stages of Alzheimer’s disease,” they say.

Those that support the drive towards early diagnosis say foreknowledge that you may develop dementia can allow people to plan for future care, put their financial affairs in order and make lifestyle changes.

The authors of the report claim that early diagnosis can lead to patients taking unproven therapies in order to delay the onset, as well as suffering from stress an distress.

The Alzheimer’s Society condemned the analysis. Its chief executive, Jeremy Hughes, said: “It’s astounding to hear talk of an ‘unwanted war’ on dementia when in fact we need nothing less than an all-out fightback. We should be backing doctors up and down the country who are helping ensure people with dementia are diagnosed.”

He said that there is no UK-wide screening programme for dementia and no one was arguing for one. “There is surely no other condition where we could tolerate, let alone encourage people being kept in the dark, without treatments or support and unable to make decisions about their life,” he said.

The charity is in support of “case finding” where GPs are encouraged to test certain types of patients over 60 who are more likely to have dementia.