Very recent statistics from the Guardian indicates that one in six men and one in four women will suffer some kind of domestic abuse during their lifetime. In 2011/2012, domestic violence accounted for 15% of all violent incidents in England and Wales even as only few cases are reported.

The Crime Survey of England and Wales identified that 1.2 million women and 800,000 men reported being victims of domestic abuse last year. 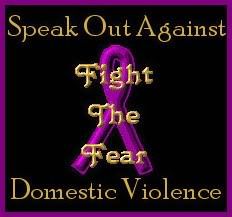 Gender based inequities and other social factors have catalysed domestic violence against women not only in the United Kingdom but in the world at large.

The culture of silence in this respect has been strongly discouraged to amplify this ill.

That being the case, social media interactions have been prescribed to harness communication between women and helpful organisations in order to sensitise and possibly create a domestic violence free society.

However, the stigma that comes with domestic violence restricts the value of interactions between victims as well as with organisations that may be helpful to them.

How many women would send out a tweet saying ‘Help! My husband just hit me in the face’ with the hope of getting some social media help?

The criteria of whether the victims will hide within the confines of stigma, self blaming or even die in silence thereby discouraging other members of the society from seeking help OR otherwise may depend on this question…

Would it just become another piece of news or gossip that would naturally phase out after the hype ends or would it genuinely foster help?