A coroner has concluded that a social worker committed suicide in November 2012 due to the growing pressures of her job.

The mother of two had struggled after being made to reapply for her own job, but then when the workload had increased significantly with less staff in the department, she struggled too much.

Lancashire social worker, Julie Dugdale, was found hanged by members of her family the day after visiting her GP complaining of feeling anxious.

She had become a social worker in 2010, but she was made to reapply for her job as a co-ordinator after a reshuffle in the department, and found the situation very stressful. 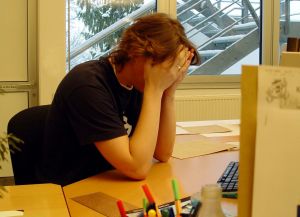 After the reshuffle, her workload had significantly increased and now involved her having to work from home in order to keep on top of her work.

She went to see the doctor and put on a course of medication with given two weeks off work, but was found dead the next day.

Lancashire council, said the restructuring had not increased Dugdale’s caseload in terms of numbers, but had resulted in her having a “wider monitoring role”. However, they said her department had not been at full strength in the months before her death because a colleague was on maternity leave and another staff member was in the process of being recruited.

Mrs Dugdale’s husband Gary, said that she started to struggle after the reshuffle and this was made even worse by the difficulties she had when IT system would not let her access remotely:

Julie was noticably preoccupied with work. She was not able to get through her work load without putting in extra work at home and then with the problems with IT, her hands were tied.

Only right at the end, in the last week, it had a profound effect. She was not able to sleep for the last five nights of her life.

I was really trying to be there as much as I could for her. I gave her the emotional support I could and I insisted she went to the doctors, which she did.

Elaine Block, deputy coroner for Blackburn with Darwen, Hyndburn and the Ribble Valley, said that although Mrs Dugdale had suffered anxiety problems around 10 years ago, she was not ill in the run up to her death.

The catalyst in this case was her situation at work. Her home life was stable, but she found it very difficult to cope with the situation, her work load and the problems the work load was bringing.

It seems to me that Mrs Dugdale was a sensitive and conscientous person who had worked hard to get where she was and when she got there it was as though she had everything taken away from her.

She took the situation she found herself in very much to heart.

This was not a cry for help, it was an action she meant to have consequences and the only verdict I can return is that she killed herself while the balance of her mind was disturbed.