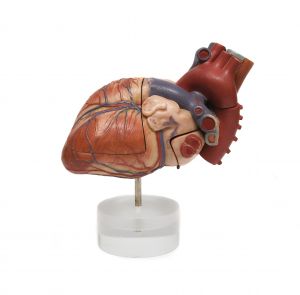 The study involves 3,000 patients in eleven European countries and is aiming to show that the treatment can cut death rates and repair damaged tissue after a heart attack.

Patients will receive a standard treatment which will widen their narrowed arteries. This involves inserting a small tube called a stent. Half of the patients will have stem cells taken from their bone marrow and injected to their heart. This will happen within days of them suffering a heart attack, reports the BBC.

“It’s fantastic to be part of this,” said Neal Grainger, 54, from Essex, who was the first patient in the UK to be treated. “It’s strange having something taken out of you and then put back, but I hope it helps me and a lot of others.”

Mr Grainger had an infusion of his bone marrow stem cells at the London Chest Hospital days after his heart attack last month.

The biggest killer in the UK is cardiovascular disease and there have already been numerous smaller trails using stem cells to treat heart attack patients.

Analysis by the Cochrane Collaboration in 2012 has suggested the treatment offered “modest improvement” but many trials involved only small numbers of patients.

“This is the definitive trial,” said Professor Anthony Mathur, director of cardiology at Barts Health NHS Trust and chief investigator for the trial. “After 15 years of research we will now have a clear answer. We hope to show that stem-cell injections can cut the number of people dying from heart attacks by 25%. If it works, it would open up a whole new branch of medicine, and give heart attack patients an entirely new treatment.”

The study known as BAMI (bone acute myocardial infarction) has received almost £5m from the European Commission, and the results will be announced in five years.