A doctor believes that gadgets which can record health information can revolutionise the NHS. 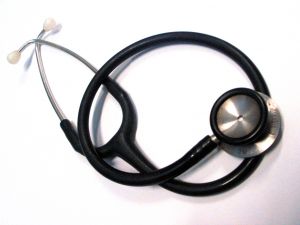 The doctor further explained that devices worn on the wrist that record your heart rate, calorie intake or running distance can help to secure the NHS’s future.

He also believes that gadgets like fitness trackers (e.g. FitBit) and games consoles which promote health and fitness will transform the monitoring of patient’s health conditions, including the more serious ones. These types of methods in monitoring health have already become popular.

Keogh stated, “Fitness trackers are becoming increasingly sophisticated. But there are devices coming along which not only measure how much exercise you do but can also measure your heart rate, your respiratory rate, and whether or not you’ve got excess fluid in your body – quite complex changes in your physiology.

“Technology is emerging which enables those to be brought together and transmitted through mobile phones or other methods where health professionals can analyse them and act upon any warning signs”.

Wearable technology could also be beneficial for people with heart failure, which is a common cause of admissions to hospital. This alternative way of dealing with health issues could bring other advantages to the NHS such as reducing overcrowdedness at hospitals.

Keogh has a growing enthusiasm about how technology can improve health, provide alternative ways to monitor health and save costs for the NHS. He stated that in the future “people will use more wearable technology. People with conditions such as diabetes, heart failure, liver disease or asthma will wear devices, skin sensors or clothes capable of detecting deterioration and bringing this to the attention of the patient or anyone else they choose, through mobile phones.

“Technology enables you to predict things, to act early and to prevent unnecessary admissions, thereby not only taking a load off the NHS but, more importantly, actually keeping somebody safe and feeling good”.

Over the next few years, the NHS will encourage the use of these devices and gadgets with a ‘huge rollout’ of them as part of a ‘revolution in self-care’.