Research has suggested that one third of patients do not take their medicine as directed.

A text messaging service could aid people in remembering to take their prescribed medicines. 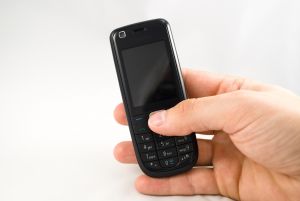 The NHS spends more than £500m on wasted medicines and avoidable illness, estimations have shown.

Study leader Prof David Wald explained that text reminders could be used by GPs, hospital doctors and pharmacists for a range of different conditions, including diabetes, TB and HIV. He also added that the service could help to identify the patients who’ve stopped taking their medication and support them in doing so again.

Prof Wald, cardiologist at Queen Mary University of London, stated that there were many reasons as to why people stopped taking their medicine, including uncertainty over the need for treatment and concerns over potential side-effects, according to the previous study of 300 patients published in Plos ONE.

It was concluded from the study that the patients valued the text messages and were disappointed when they stopped.

David Taylor, professor at University College London stated that text messaging could be coupled with each relevant prescription and potentially prevent several thousand heart attacks and strokes in the UK annually. He noted that it could also be used for other diseases.

“It’s crucial that heart patients take prescribed treatments to control their blood pressure and cholesterol as it helps reduce their risk of having a heart attack or stroke,” Maureen Talbot, senior cardiac nurse at the British Heart Foundation added that the study provided important results and could provide a solution for heart patients and their prescribed medicines.

What do you think of this? Tweet us your comments @suppsolutions.