Charity, Guide Dogs UK, conducted a survey that said visually impaired people are reluctant to leave their homes due to the state of Britain’s pavements. 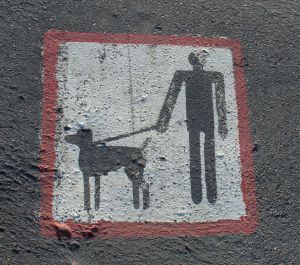 In a survey of more than 750 blind or visually impaired people, Guide Dogs UK found that almost two thirds of the group had tripped or stumbled whilst walking and two out five feared leaving their home due to damaged surfaces.

Councils have said that they are “committed” to ensuring pavements are “safe to use” reports the BBC.

Guide Dogs UK said that councils in the UK have spent more than £46m in compensation since 2009 for injuries to pedestrians relating to poorly-maintained pavements. They have called for dangerous pavements to be prioritised.

Chief executive Richard Leaman said: “Guide Dogs is determined to help people with sight loss get out independently and with confidence, but this is being undermined by the dreadful state of our pavements. Councils must prioritise dangerous pavements if blind and partially sighted people, as well as people with other disabilities, are to have the same freedom as everyone else.”

He went on: “For many, it can be the difference between being able to set out with confidence or being trapped at home.”

Within the research it was also highlighted that there were further problems with advertising boards, wheelie bins and poorly parked cars. Guide Dogs UK is now calling for new laws that ill prohibit parking on pavements except in specific areas permitted by local authorities.

A spokesperson for the Local Government Association said: “Councils know that the condition of pavements is a key priority for residents and are committed to making sure they are safe to use by all pedestrians. The fact that pavement maintenance spending has remained at more or less the same level in the face of cuts in local government funding that will reach 43% by 2015 is proof of that commitment. The deterioration of our roads and pavements is down to decades of underfunding from successive governments, recent severe winters and widespread flooding. Councils want to bring them fully up to scratch but need a fairer funding deal and greater government investment to allow this to happen.”