Research in to the Coalition’s Work Programme shows that firms focus on placing those who are easy to get work as it is more likely to generate them a fee.

Welfare firms are involved in widespread “gaming” of the Work Programme, with the most vulnerable jobseekers often ignored because they are too costly to help, according to new research into how the government’s flagship employment initiative is working in practice. 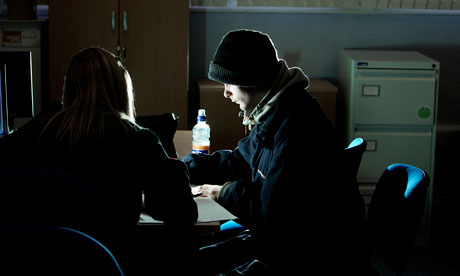 Providers privately admit they are focusing resources on the “easy customers” who are more likely to generate a fee, and sidelining jobless clients who require more time and investment to become ready for work, a process known as “creaming and parking,” the study says.

It concludes that the quality of services offered to jobseekers is being undermined because the design of the Work Programme, in which companies are not paid until customers have been in work for two years, creates such huge financial stresses that many providers have little option but to cut corners.

The study, based on a series of often frank interviews with welfare providers of all sizes, both private companies and charities, reveals a widespread concern that the “payment by results” approach has been undermining ministers’ stated aim of getting “hard to reach” customers, such as those with disabilities, off benefits and into work.

There’s a level of parking [of vulnerable customers] going on which we are not particularly comfortable with but we also need to achieve what we need to achieve.

A series of interviews and focus groups by the Third Sector Research Centre at Birmingham University reveals how the biggest Work Programme providers – predominantly private companies – transfer financial risks on to smaller subcontractor firms and charities.

The design of the system meant that providers offering specialist services targeted niche groups, such as homeless people and ex-offenders. The suggestion is that the people in this category are regarded as such a risk that the primes simply “park” their cases and do not pass them down the chain at all. So charities providing specialist services for these candidates are often getting no referrals, putting them under financial pressure

However, the study concluded that the way the system worked meant that small private firms low in the supply chain were just as likely to be adversely affected.

Ministers argued that by offering providers higher fees for getting harder-to-reach customers into a job, they would remove the incentive for providers to game the system

A co-author of the study, James Rees, told said that providers were likely to be gaming the system as a way of dealing with the acute financial pressures inherent in the payment by results approach, and he had come across no evidence that gaming had taken place to excessively inflate profits.

Kirsty McHugh, chief executive of the Employment Related Services Association, which represents Work Programme providers, accepted that the programme operated on a tight financial model, but she said:

“Most Work Programme advisers, regardless of sector, are motivated by helping those furthest from the labour market into a job.”

Despite concerns over the Work Programme, the government has announced plans to use a similar payment by results system as it prepares to introduce market reforms to the probation service.

The Department for Work and Pensions said:

The Work Programme has already got more than 207,000 of the hardest-to-help unemployed people into work, and many specialist charities are playing an important role.”We’ve given providers the freedom to find the right support for each participant, and we pay them more money for getting those with more complex needs into work, so there’s a clear incentive to help every participant.”