Women are being hit harder by benefit changes

The Scottish government have written a report titled ‘The Gender Impact of Welfare Reform’ and have found that many of the benefit changes have hit women harder than men; largely due to their greater caring responsibilities.

In April 2013, 83% of in-work couples receiving child tax credits had a female payee. The income that women received from benefits such as child benefit, child tax credits etc. has reduced in real terms as increases in other benefits have not matched inflation. 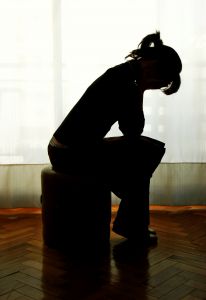 The report points out that women will also lose out under the impending Universal Credit system. In the current system different benefits can be paid to separate members of a household, however it will soon be paid as one single household payment.

In some households where this payment goes to the male of the household it will represent of a loss of income for the woman. This is due to it concentrating financial resources and the power that goes alongside it to one person and could result in resources not being shared equally.

The repost says that money provided to women is more likely to be spent of the needs of children, meaning that with the move to household benefit payment there could be a decrease in the amount of spending on children.

Launching the report, deputy first minister Nicola Sturgeon said: “It is already clear that the UK government’s benefit reform programme unfairly impacts on some of the most vulnerable members of our society.

“However, this report also shows there are adverse consequences for women, particularly mothers and their children, who could be worse off due to Westminster’s welfare cuts.

“We are doing what we can, within the powers and resources we have, to help people in Scotland who are affected by these unfair reforms. This includes providing an additional £9.2 million towards our new £33m Scottish Welfare Fund. The new fund has already helped more than 20,000 people, and has the capacity to support around 200,000.

“However, mitigating the whole range of these cuts will simply not be possible. The only solution is for this Parliament to have full powers of independence so that we can devise policies to benefit the Scottish people and ensure fair and decent support for all.”